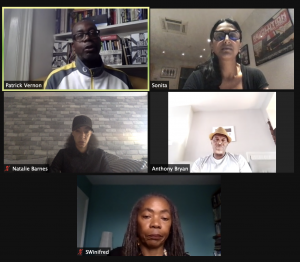 During the event, Sonita shared scene selects and a sample of her latest feature length documentary currently in post production: Hostile (Formerly Voices From Isolation) This was followed by a Q&A discussing the film and the effects of the Windrush Scandal, as well as what actions now need to be taken against the continuation of Hostile Environment policies in the UK.

Over the next few months as part of our impact campaign we will be working closely with Patrick Vernon to highlight effects of the Hostile Enivironment policies on the Windrush Generation.

Please also support Patrick’s petition here supporting compensation of the Windrush Generation and those affected by the scandal.

Watch the full Q&A below: